on March 26, 2020
Suggest HN: No April Fools this year
As you get near April Fools, and need to deploy your prank pages, perhaps reconsider doing it. As a general rule April Fools has become less popular on the web the more widespread it has become, and some people might take levity badly given the current world situation - I myself am among the party of people who think everything is open to mockery, but only if the jokes are good. Most April Fools pranks are tedious. Obviously you may not have the ultimate say in what pranks are to be played at your company on the world, but perhaps you can push back on them and point out they might not be as well received as in years past.
Hacker News 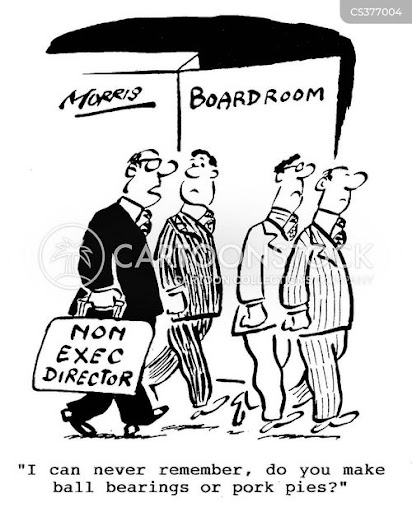 Executives - why do they always ask the hard questions?

You know executives are in a room when most of the people shut up. For an outside observer they seem to bring no value in the meeting.

This is the perfect picture of a meeting where executives are in the room.

People are afraid. Why are people afraid of management? Management is there to help. Always. Remember "with great power comes great responsibility"? They are Spiderman.
Some have earned their title, some have been bitten by a spider, but most of them are there to help.
Executives don't care about you, as an individual. They don't know you. They only care about results. If you're ever in a room with executives keep 2 things in mind: you know more than them about the topicthey are there to help, but you need to show them the problem Of course executives are not superhuman. Of course you absolutely know more about your projects problems and complexities. But when you need to report to an executive, you have to understand that they need simple things like: where …

What is product management?

Product management is the process where a product owner/manager translates customer pains into solution requirements while making sure the solution is profitable to their business. The product manager needs to bring clarity to their team.

So I started arguing that product management is a process. While the product manager has multiple jobs to do (will detail on this later) product management is the process where there is a clear communication path from the validated customer pain to each granular task that goes into the backlog and eventually gets shipped back to the customer. If we live in an alternate universe, things stop here. But usually customers come with feedback and lots of it.

The product management process The ideal process is when features or product ideas come form a validated market need (there are other cases, but I won't cover them in this post).
A validated market need is when a customer segment has an important problem and "hacked" a solution together t…

There are multiple responsibilities to a product manager. I'm going to go through some of them because the ideal product manager is a T shaped individual, with deep knowledge in one field and multiple experiences in other fields. An ideal product manager should have experienced every role in the PDLC (Product development life cycle).
Strategy and vision
A first key responsibility is about strategy. Strategy needs to be clearly articulated to the product team so they understand the intent behind the new product or iteration. The "why" needs to be supported with data and results from the customer development phase.
The strategy must also make mid or long term sense to the business goals of the company.
To be more specific, the product manager needs to make sure stakeholders, the product team, sales and marketing understands what is going to be built, what the customer value is, what pain is it solving and who the product is for.
Roadmap
After the "what" is articul…